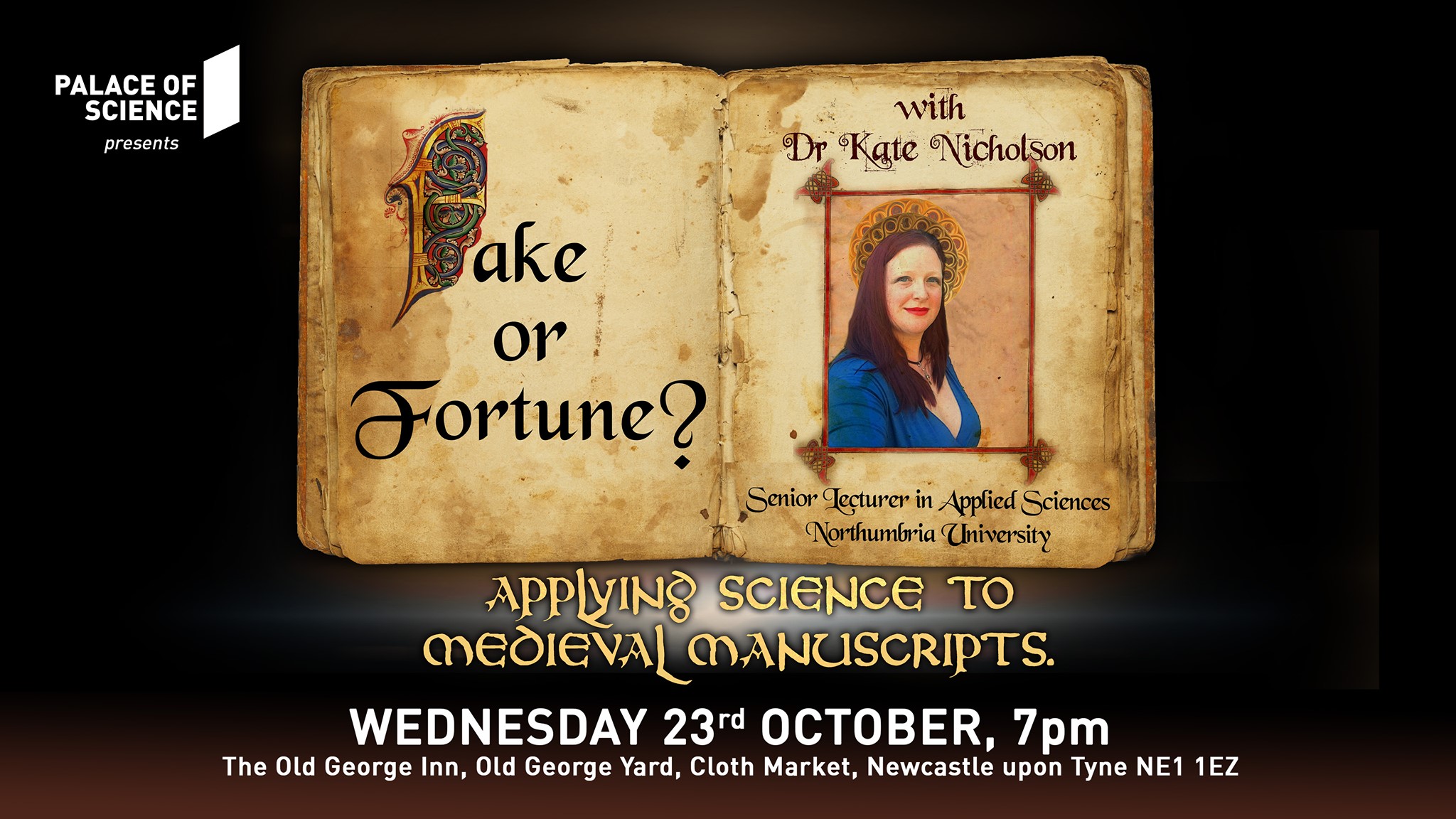 @teampigment was founded in 2013 when a joint project began between some chemists, a historian, some librarians and their conservation teams. This was to investigate the pigments in the medieval manuscripts produced in Northumbria. Realising that the scientific equipment would have to be developed to do this, the project snowballed into writing the book on pigment use in the British Isles! Kate will speak about the science and technology developments used in the project and a little bit about how history has shaped the artists pigment use here in the North East.

Science belongs to everybody.

Palace of Science is a non-profit, volunteer-run organisation hosting fun and engaging science-themed events in and around Newcastle and the North East of England.